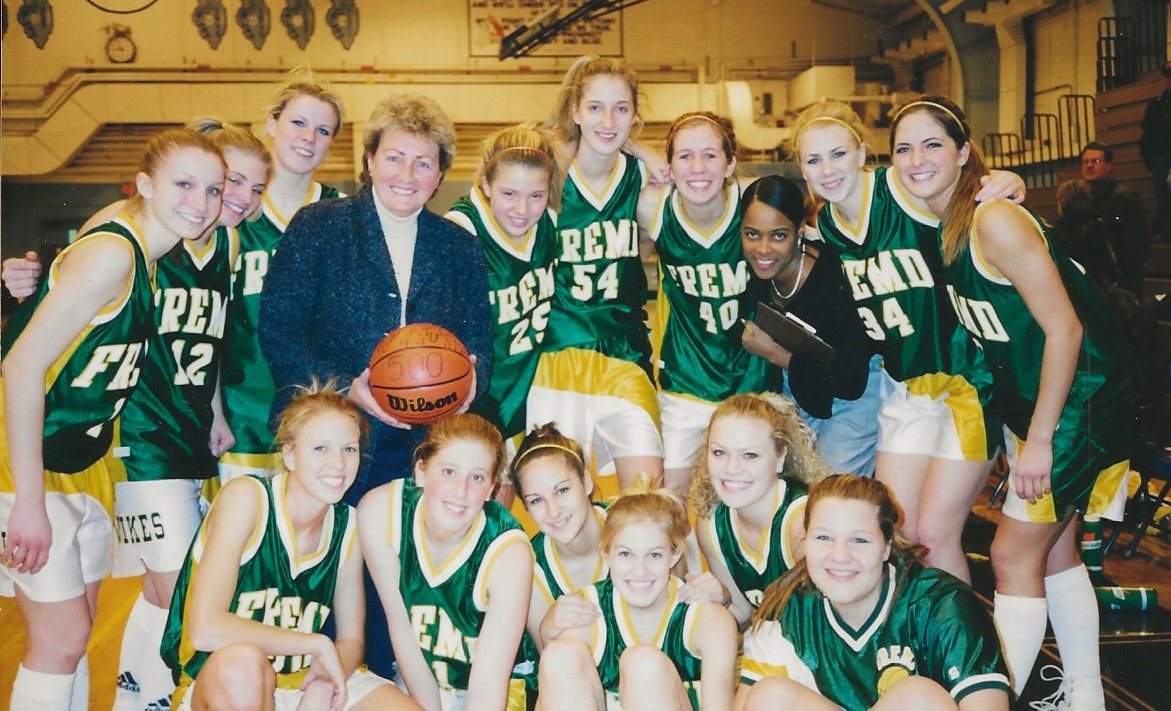 Biography: At the time of her induction, Carol Plodzien had been the only girls’ head basketball coach William Fremd High School in Palatine had known.   Plodzien compiled a 340-196 record through 22 seasons including a 50-consecutive win streak (1972-77).  Fremd won seven conference, nine regional, two sectional and two super-sectional championships.  The 1977 team under Plodzien finished third in the first ever girls’ IHSA  state tourney.  Fremd also was in the 1990 Elite Eight.  Carol has been named IBCA District VI coach of the year twice. She has twice been named the Coach of the Year by the Mid-Suburban League North.  Plodzien received Women’s Basketball Coaches Association 200 (1987) and 300 (1993) Victory Club awards.  She serves on the IBCA all-state selection committee and in 1993 coached the Class AA North team in the IBCA All-Star game.  Plodzien, who began coaching girls’ basketball in 1972, has been a motivating force in the sport.  Her influence helped  add television coverage to the girl’s state tournament.   She fought until the Elite Eight format came back to the state tournament.  Much in demand as a speaker at clinics and camps, Plodzien has authored several magazine and journal articles and with June E.Meyer has authored a book Excelling in Sports Through Thinking Straight. Plodzien has been nominated by the IBCA for National Coach of the Year in Girls’ Basketball in 1995.  She received the IBCA Herrins’ Award in 2022 for her lifetime of efforts to promote opportunites for girls and women through the game of basketball.