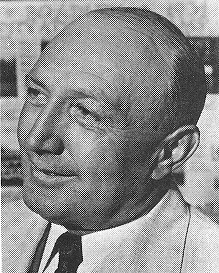 Biography: It’s little wonder that the Bradley University’s basketball teams played for several decades in Robertson Memorial Field House.  It was built and named for the Peoria university’s most illustrious coach—A.J. Robertson.  “Robbie” served as basketball coach and athletic director from 1920-1948.  In 26 seasons the Braves were 316-186.  Robertson brought Bradley into national prominence as coach of the “Famous Five” from 1936-39.  That group was 52-9.  Robertson’s teams played in the NIT in 1938, 1939, and 1947.  Prior to Bradley, Robertson coached at Kentucky Wesleyan and Fort Hayes, Kansas.  Robertson, who died October 30, 1948, is a member of the Basketball Hall of Fame in Springfield, Mass. as well as the Helms Foundation Hall of Fame for football and basketball in Los Angeles, CA.