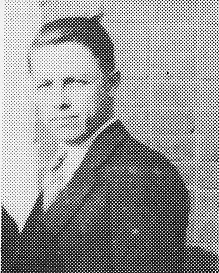 Biography: For many decades after WWII, if anyone would refer to “Coach” in Metropolis, you would be talking about George “Dutch” Schneeman. After two seasons at neighboring Joppa, Schneeman returned to his alma mater, of Metropolis in 1931. For the next 22 seasons, Schneeman haunted the hardwood confines of Metropolis. Trojan teams under Schneeman compiled a 404-199 record. His teams won 2 IHSA District titles, 12 IHSA Regional Championships and finish as the IHSA Sectional runner-up on 2 occasions. During this era, coaches could only speak to their teams at half-time. Timeouts could only be called by the team captains. George developed a cart to carry water bottles to his team during a time-out since players could not leave the court. Ten times the Trojans won 20 or more games under Schneeman, who was honored at a special all-sports banquet May 11, 1972 by the civic clubs of Metropolis.