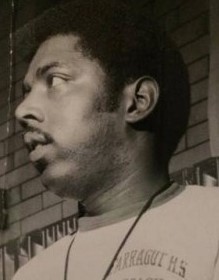 Biography: Wardell Vaughn was a fixture in coaching at (Chicago) Farragut High School until he retired in 1990.  He spent 37 years at the school. In 19 years as boys’ varsity head coach of the Admirals he compiled a record of 337-152 as they earned respect throughout the Chicago Public League.  The Admirals swept to three straight Red West Section championships from 1972-74 and lost only two section games in that stretch. Players such as Sonny Parker of the Golden State Warriors, Anthony Brown of the Chicago Bulls and Billy Lewis of Illinois State University and a Seattle SuperSonic draftee are a few of the outstanding players Vaughn coached at Farragut.  Vaughn received Hall of Fame honors for his career at Illinois State after starring in high school at Edwardsville High School. He died on April 7, 2019 at the age of 78.