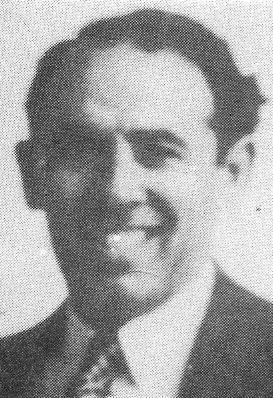 Biography: Very few high school basketball teams find their way to the pages of Time Magazine, but Lou Weintraub’s Marshall Juniors did back in 1944. The story read in part: “The best high school basketball team in the U.S. may well be the Commandos of Chicago Marshall High School—a junior team. Last week the west side Chicagoans won their 94th straight game. This sensational record has been made with few stars—1939’s team, which started the winning streak, has long since passed to the draft boards. The real explanations: tough players, a tougher coach. Marshall’s toughness begins with a thundering, all-out attack. The boys are no taller 5 ft 7 in, but they’ve been gotten into walloping condition by Coach Louis Weintraub, who toured Japan with Michigan’s championship basketball team of 1929. He calls his squad the “Commando Class” and puts it through such daily musts as 20 chin-ups, 75 push-ups, 30 dips on the parallel bars and a 20 ft pole climb in less than ten seconds without using their legs. After such treatment, 40 seconds of brawling basketball is sport.” The record went to 98 games. Weintraub won the championship his first season and then added three more consecutively. Weintraub’s philosophy was “if you have the ability use it! Don’t give up on yourself.” Weintraub was able to bring out the best in kids and maintain a level of proficiency not only with athletics, but in academics as well.  The school liked the nickname so much that the mascot of Chicago Marshall HS became the Commandoes.