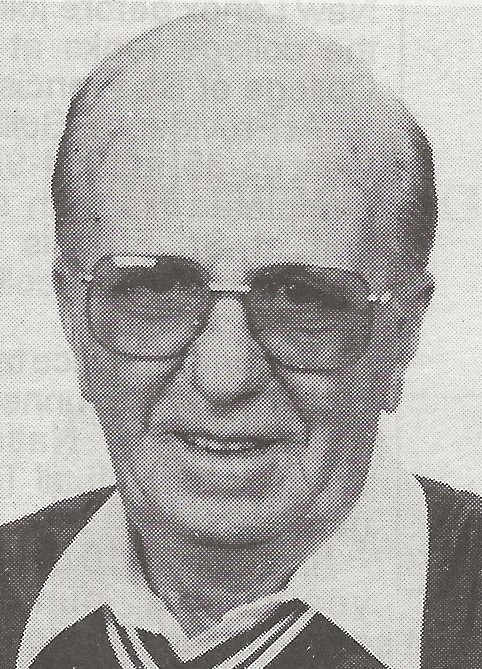 Biography: Jefferson Yeast coached basketball in Illinois for 35 seasons. Yeast spent five seasons at Cuba Junior High and 30 at Chapman Junior High in Farmington before retiring before the 1993-94 season.  Although he began his career by  coaching three sports, he finally confined himself to his first love, basketball.  When Yeast coached his final game, his teams  had tallied 926 victories against 427 losses.  His 1984 Farmington team won the Illinois Elementary School Association Class B state championship.  Chapman teams also made state appearances in 1967, 1972, 1977, 1991, and 1992.  More than 500 turned out for a rescheduled Jeff Yeast Day to honor him upon his retirement.  Besides the plaques he received, the school announced a new honor for him with the creation of the Jeff Yeast Scholar-Athlete Award which is based upon the number of letters won and the student’s grade point average.