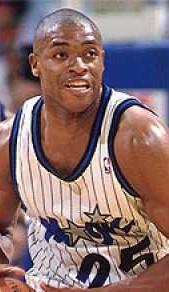 Biography:  Nick was named Mr. Basketball in Illinois in 1986 as a senior at (Chicago) Simeon High School.  He was named a McDonald's All-American player and accepted a scholarship to the University of Illinois.  After sitting out his freshman year, Nick had two outstanding seasons with the Illini.  As a junior, he averaged 18 ppg and 7.9 rpg.  These stats helped lead the Illini to a 31-5 record and a berth in the NCAA Final Four.  He then went on to a 13-year NBA career, mostly with the Orlando Magic.