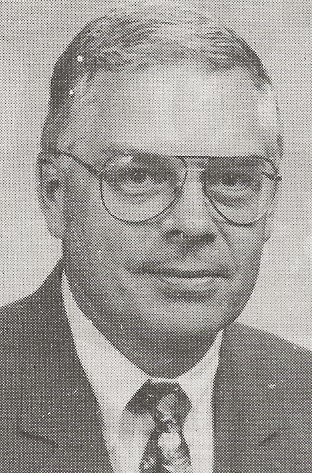 Biography: At the time of his induction, Minooka High School and Illinois Wesleyan University graduate Don Davidson had spent 28 seasons as a developer of youth through basketball coaching, 24 as a high school coach and four as an eight grade and sophomore coach.  Davidson spent six seasons at Yorkville HIgh School before finding a home for 18 seasons at Aurora Christian.  Davidson started the sports program at Aurora Christian two years after the school opened.  The school competed for nine years in the Association of Christian Schools before joining the Illinois High School Association in 1988.  In their first seven seasons Aurora Christian has won six IHSA Regional championships, four IHSA Sectional championships, moved to the Elite 8 twice, taking fourth in 1990 and second in 1995.  Davison’s overall coaching record is 498-231 and his varsity record is 441-215.  Aurora Christian plays as an independent and schedules as many as 15 Class AA schools each season.  Five times, Davidson has been District IX coach of the year.  In 1992, Davidson coached the Class A North in the IBCA all-star game.  More than wins and losses, Davidsons’ greatest desire in his life “is to bring kids to a saving knowledge of Jesus Christ as their personal Savior and to help disciple thiem in their knowledge of the Bible, the World of God.”  Through his 28 years of coaching, Davidson has been a witness in word and deed for Jesus Christ for his players, fellow coaches, referees and fans.  Don is a gentleman who positively touched all he contacted over his career.