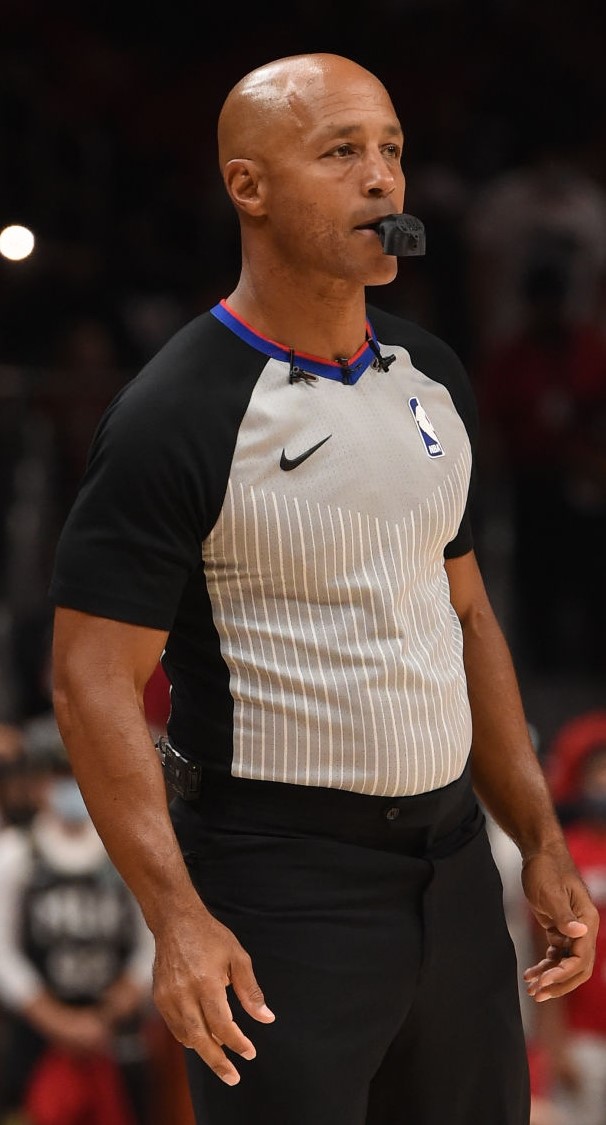 Biography: Marc Davis is a graduate of (Chicago) St. Ignatius College Prep and attended the US Naval Academy and Howard University.  Marc has officiated in the Chicago Catholic League and the Chicago Public League.  Prior to officiating in the NBA, Marc officiated in the CBA.  At the time of his induction, Davis had spent 22 years as an NBA Referee.  He had worked 1, 279 regular season games, the 2007 & 2014 NBA All Star games, 132 playoff games, including 12 Finals Games.  Davis was the crew chief for game 3 of the 2018 finals.  In 2020, Marc officiated in the NBA Finals in Orlando.  He has been the President of the NBA Officials Union.