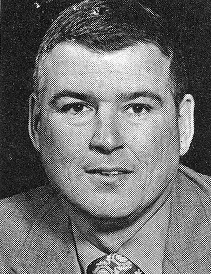 Biography: As of his 1973 IBCA Hall of Fame induction, Ron Ferguson was one of only 3 coaches to coach consecutive State Championship teams.  His 1971 and 1972 Thornridge teams turned the feat (64-1 for the 2 years), with his 1972 undefeated Falcons still considered to be the greatest team in Illinois history by many observers.  The former Thornton athlete was voted IBCA Coach of the Year in 1972 with a 224-91 career record.  Currently, Coach Ferguson is the athletic director at Thornridge High School; his Thornridge teams hold (as of 1973) the Illinois State Record of 58 consecutive wins.  He is a former member of the Chicago Daily News All State Board.  After his coaching days were over, Ron was the athletic director at Bradley University, 1978-1996.  Ron Ferguson died on July 8, 2021 at the age of 89.