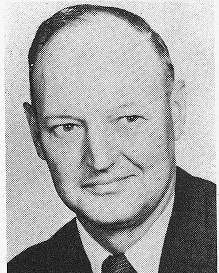 Biography: Charles “Chuck” Orsborn served as the basketball coach at Bradley University from 1956-1965.  During those nine years, his teams won 195 and lost just 56 games for a 77.7% winning record.  Among these seasons were 3 NIT championships in 1957, 1960, and 1964.  Coach Orsborn was the Missouri Valley Conference Coach of the Year in 1960 and 1962.  Other honors received by him include induction into the Bradley University Hall of Fame, member of the Illinois Sesquicentennial “Greatest Living Illinois Athletic  Personalities” and several overseas clinic tours for the United States Army.  From 1965-1978, Chuck was the athletic director at Bradley University.  Charles passed away on May 7, 2017 at the age of 99.