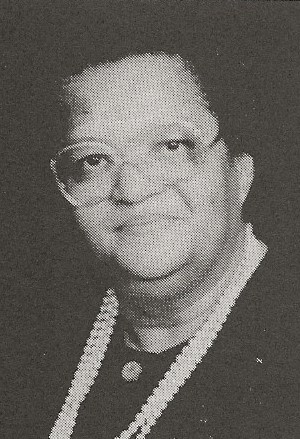 Biography: Bettye Rivers of Hillside was a rabid Proviso basketball fan for more than 40 years and with good reason.  She married Grady A. Rivers Sr., a basketball player there from 1949-51. Their son Grady Jr., played at Proviso East from 1974-77 and was named all-tourney at Proviso West and all-West Suburban Conference.  Their son Glenn “Doc” Rivers played at Proviso East from 1977-80 and was all-WSC, all-state and all-America. The IBCA Hall of Famer played at Marquette University and had a 13-year NBA career before going on to successful careers as an NBA head coach and announcer. Although Bettye didn’t have a son playing for Proviso East after 1980 she remained a fixture at Pirates’ games. She sat on the top row of the main floor across from the East bench. She was a positive influence to the players and coaches and considered them her boys and loved to watch them compete. Bettye Rivers died on June 19, 2015 at the age of 82.