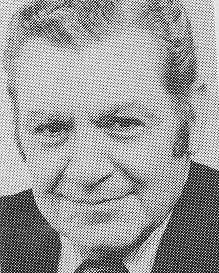 Joe Rein, executive sports editor of The Chicago Daily News for 40 years, was one of the organizers of that paper’s widely regarded All-State selections.  From the beginning in 1938, Rein guided the program.  Under this guidance, the team selection emerged as the most authoritative in the state.  Personal integrity of the selectors made that possible, according to Rein.  Many members of the IBCA have helped in these selections over the years.  In addition to his 1978 IBCA HOF induction, Joe has received numerous awards including the Frank Leahy Media Medallion, the Vision Foundation for Blind Youth Media Award, and the Evelyn Steinberg Foundation for Cancer Research award.  Joe Rein passed away on October 9, 2012.