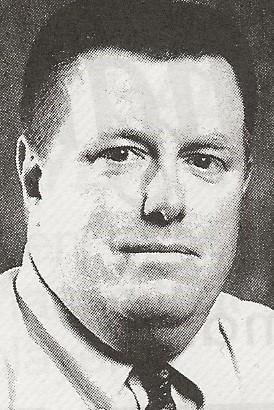 Biography: Don Wojciechowski certainly would have been a nickname of some sort in any headline he may have written if he had been the athlete in his 36 years as a member of The Courier News sports staff in Elgin. Wojciechowski spent nine years as a part-timer before earning a full-time position in 1974 and in 1983 he became Courier sports editor.  The Elgin Community College graduate covered a lot of high school basketball in his time. Included was the privilege of reporting the success of legendary Hall of Fame coach Bill Chesbrough’s final Elgin team, which surprisingly made the Sweet 16 in 1985. He also has a special place in his memory for the 1987 team of second-year coach Jim Harrington, which lost to Class AA state runner-up Chicago King in the quarterfinals.  As a favorite game, the 1985 AA double-overtime 46-44 title win by Chicago Mount Carmel over Springfield Lanphier is a favorite in a string of seven AA tourneys he covered. He was a  member of the Associated Press state poll from 1983 to his induction date. Wojciechowski was one of the initial editors for the National High School Sports Record Book and was co-editor of the second edition.  Wojciechowski coached St. Laurence Grade School basketball for eight years and served as volunteer athletic director for six years. He served eight years as the director for the St. Laurence Girls Holiday Classic, which was one of the longest-running tournaments in the Chicago suburbs.