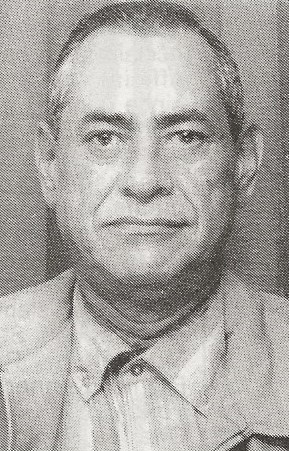 Biography: Richard Soria of Chicago officiated high school basketball for more than 50 years. As the scheduling chairman for the Girls Catholic Athletic Conference (GCAC) for nearly 25 years he was called to fill in for an official who couldn’t make an assignment every once in a while.  Soria became an IHSA official in 1956 and worked boys basketball until he witnessed his first girls game in 1974 “and liked what he saw.” He became a certified IHSA official in 1980 and worked girls regionals and sectionals for 19 years.  Soria, who lost his right hand in an accident, became the first handicapped referee to work the state finals in 1982 and made repeat appearances in 1983 and 1984. “I thought I was opening the door to the finals for others with my handicaps,” Soria said. “But to my knowledge nobody has followed in my footsteps.”  Soria worked more than 40 conference and 15 holiday tournaments for both boys and girls. A member of the GCAC Hall of Fame and a charter member of the National Federation of Interscholastic Officials Association, Soria never missed a scheduled contest. Richard died on April 30,  2002 at age 72.