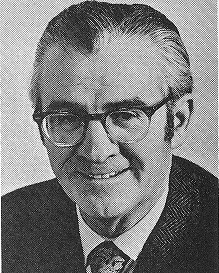 Biography: Tom Kouzmanoff was a top basketball official for many years before he became one of the most outstanding prep writers in the state of Illinois.  Tom had a great temperament and never had to call a technical foul on a coach because he had such fine control of the game.  Tom worked many state playoff games as well as many collegiate games during his illustrious career. Tom was inducted in 1973 to the IBCA Hall of Fame for his work as a writer.  He becomes the first ever person to be inducted in both the Media and Official categories.  Tom passed away on February 18, 1997.