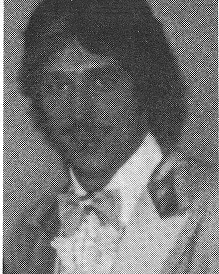 Biography: The career scoring record at Lawrenceville High School took a beating in the 70’s and 80’s. Rick Leighty started the rampage on the record books when, during his three-year varsity career, he led the Indians to 2 IHSA State Championships, 3 IHSA Regionals Titles, and 2 Danville Topper Classic titles while scoring 2,168 career points. Leighty’s high game was 47 points against (Chicago) St. Patrick High School which was then only two points shy of the Carbondale Holiday Tourney record. Leighty led Lawrenceville in scoring and rebounding each of his three seasons as the Indians posted a 78-16 record. Leighty was the 1974 state Class A Tournament scoring leader with 99 points and was named to the all-tourney team. Twice Leighty was named as an all-state player and several papers saw it fit to name him player of the year. Leighty played two seasons at Illinois where he received the Coaches’ Award.