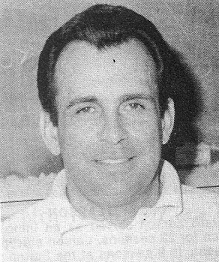 Biography: Bill Warden has the unique situation of being inducted into the IBCA Hall of Fame in 1983 as both a coach and as a player.  Bill Warden served from 1960 to 1980 as head basketball coach at Chicago’s Morgan Park HS. His overall record there was 288 – 208 (he didn’t coach during the 1961 – 62 season). Warden’s teams won conference titles in 1965, 1972, 1975 and 1976. Chicago Public League championships came in 1974 and 1976. The 1975 Morgan Park team was Public League runner-up. Morgan Park made state tourney appearances in 1974, 75 and 76. The 1976 club brought the state championship to Morgan Park in one of the best championship game finishes in IHSA history. Beginning in 1981, Warden served as head coach at his college alma mater North Central College in Naperville for several years.