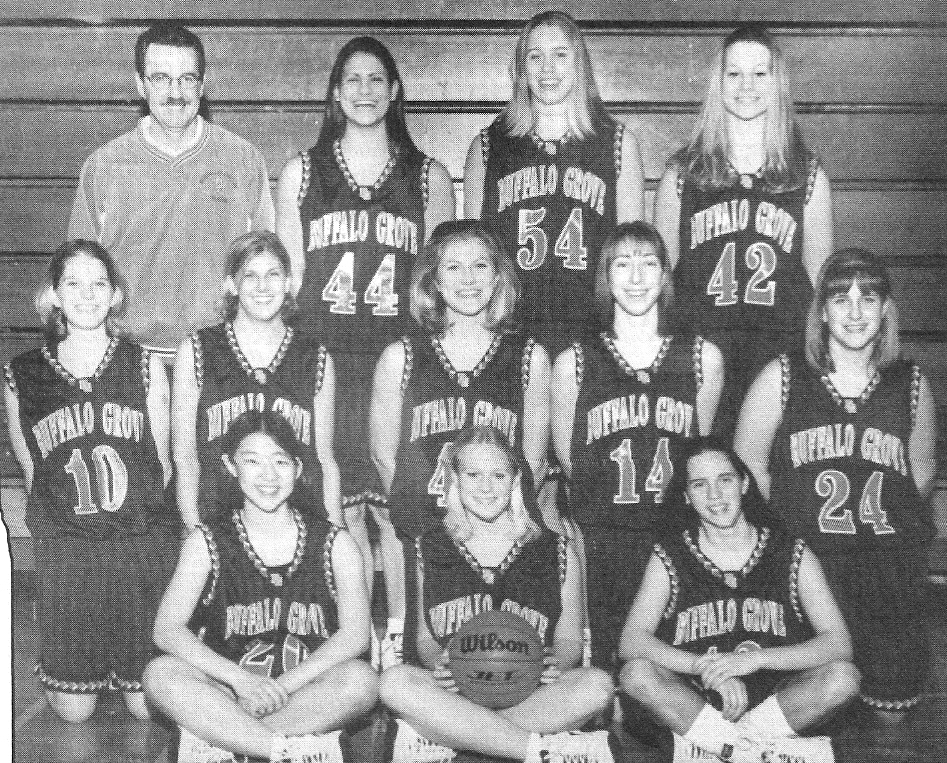 Biography: Buffalo Grove High School captured the 2000 IHSA Girls’ Class AA State Championship with a thrilling 60-51 overtme victory over (Chicago) Washington High School.  This win avenged an earlier 33-point loss during the regular season.  The Lady Bison knocked off (South Holland) Thornwood High School in the quarterfinal game by a score of 43-36.  In the semi-final game, they faced the #3 team in the nation, (Oak Park) Fenwick High School.  Again, the Lady Bison prevailed by a score of 45-34, also avenging an earlier regular season defeat.  The girls took great pride in being able to achieve the top spot in the state without a single Division 1 collegiate player.  The team was built on close-knit relationships that remain in place beyond their prep days.  These friendships were evident to the many family and friends who supported the squad that season.