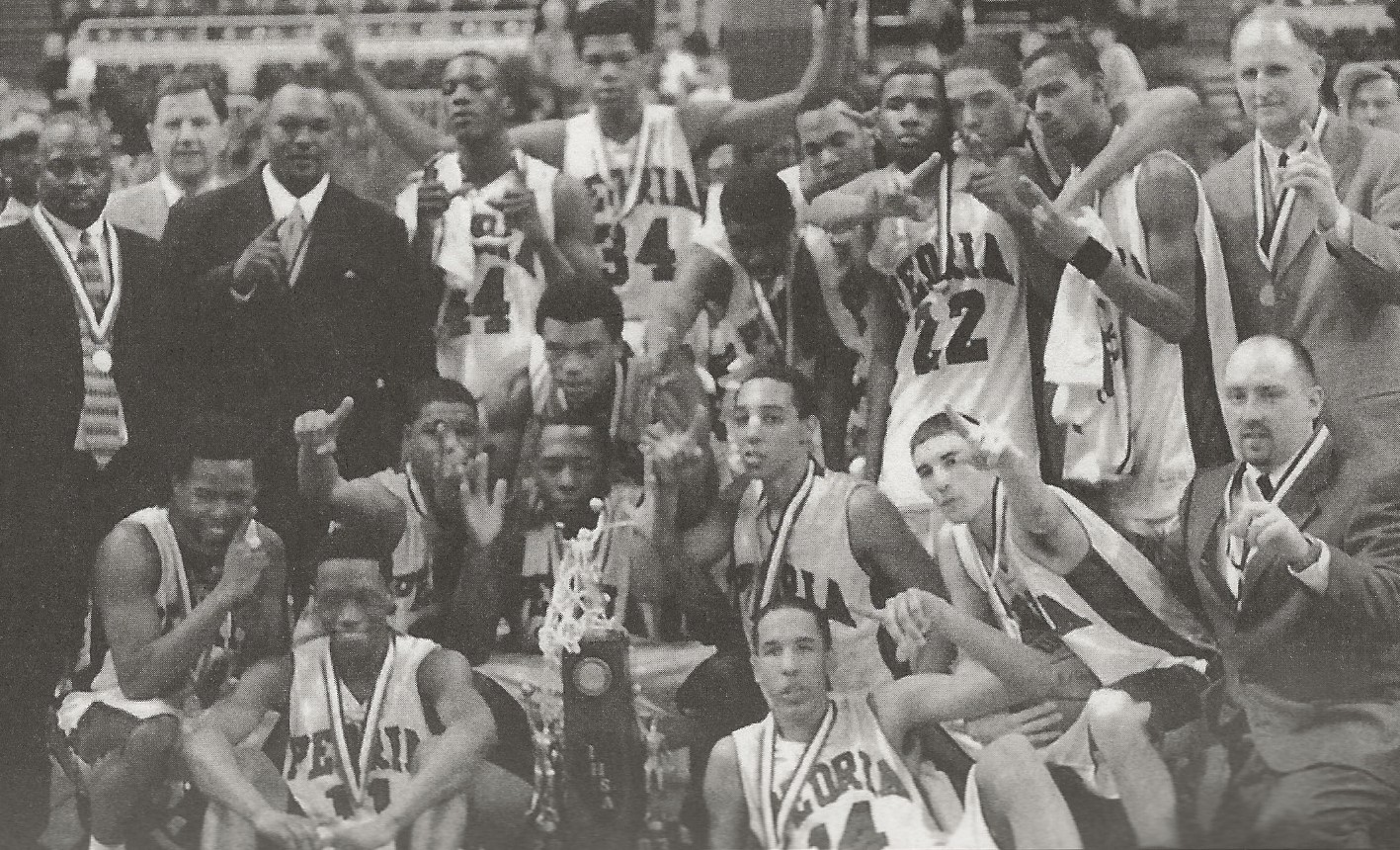 Biography: The 2003 Peoria Central High School boys’ basketball team earned the 3rd State Championship in school history.  The Lions finished the season with a 31-1 record, winning their final 29 games.  The Lions avenged their only loss of the year versus (Bartonville) Limestone High School by defeating them 62-29 in the IHSA Sectional Final.  In the IHSA Super-sectional game, they beat Lincoln High School 67-41.  In the IHSA Class AA finals at Carver Arena in Peoria, the Lions beat (Chicago) Von Steuban High School in the quarterfinal game, 63-43.  In the semi-final game, they overcame Evanston High School 58-48.  In front of a loud hometown crowd, the Lions knocked off (South Holland) Thornwood High School for the championship on a driving lay-up by Shaun Livingston for the 45-43 victory.  The Lions were led by All-Staters Daniel Ruffin (senior) and Shaun Livingston (junior).  Peoria Central High School is the oldest existing public high school west of the Allegheny Mountains, founded in 1856.  They won the first ever state boys’ basketball title in 1908 but needed to wait 69 years for its 2nd crown which came in 1977.  The Lions were coached to HOF coach Chuck Buescher.