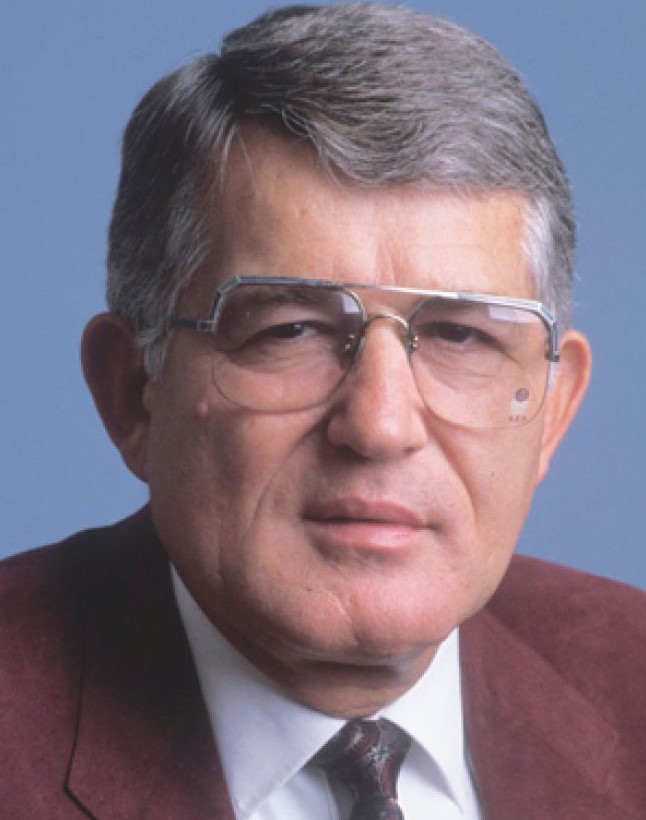 Biography: Rich Herrin spent time as the head coach at Benton High School and at Southern Illinois University at Carbondale.  Herrin had won 10 South Seven Conference championships.  In all, his Ranger teams won 46 team championships, including 21 IHSA Regional titles, 8 IHSA Sectional championships and 5 IHSA Super-sectional games.  Four of his teams were undefeated in the regular season:  1966, 1967, 1971 and 1975.  Three teams won 30+ games:  1966, 1967, and 1975. Rich’s lifetime record is 540-191 which ranks him high in the annuls of Illinois basketball coaching.  He coached the South team in the 1977 IBCA All Star Game.  Four times he was named Coach of the Year in Southern Illinois.  Five times Herrin let Benton to the Centralia Holiday Tournament title and finished 2nd another time.  In 1967 Herrin served as honorary coach for the US team in the Dapper Dan Classic in Pittsburgh.  He has served as a member of the Chicago Daily News and Chicago Sun times All State boards.  From 1970-72 he was the first vice president of the Illinois High School Coaches Association.  He has served as president of the Southern Illinois Coaches Association and was the co-chair of the IBCA All Star Game for many years beginning in 1978.  He also has served as a president of the IBCA.  After leaving Benton in 1985, Rich served SIU as head coach for 13 seasons with a record of 225-174.  His teams earned 4 NIT berths, and 3 NCAA spots.  The Salukis won 3 Missouri Valley Conference tournament crowns to go along with 2 MVC regular season championships.  Before his coaching, Rich attended McKendree University where he earned 11 varsity letters.  In 2017, Rich was selected for induction into the St. Louis Area Sports Hall of Fame.  Rich and his brother Ron are named on an annual award that honors lifetime distinction to the sport of basketball in the state of Illinois.  Rich Herrin died on December 25, 2020.