Recently, Illinois and DePaul University played each other for the first time since 1957. To many basketball fans, this game didn’t receive the attention it deserved. Sixty years with out playing each other is a long stretch of time. These two schools used to play each other on a yearly basis. Lets hope Illinois and DePaul will resume this old rivalry. We thought you would enjoy viewing a DePaul-Illinois game program from 1951. By the way the score was Illinois 70 DePaul 61.

Sadly Illinois and Northwestern will only play each other once this season unless they meet in the Big Ten Tournament. Northwestern won a thriller in overtime at the All State Arena in Rosemont in their Big Ten opener. We hope you will enjoy the game program from March 3, 1952 when our two Big Ten teams tangled. Illinois won this game 95-74.

By the way Illinois won the Big Ten Conference in 1952, and finished 2nd in the Final AP Wire Service Poll. The “Fighting Illini” won the “Mideast Regional” defeating Dayton 80-61 and Duquesne 74-68. In the opening round of the “Final Four” Illinois lost to 10th ranked St. John’s 61-59, but defeated Santa Clara 67-64 in the third place game. If you remember Johnny “Red” Kerr, he was the Illini center. John played at Chicago Tilden Tech High School.

We love to have that NCAA Final Four Program for our museum. 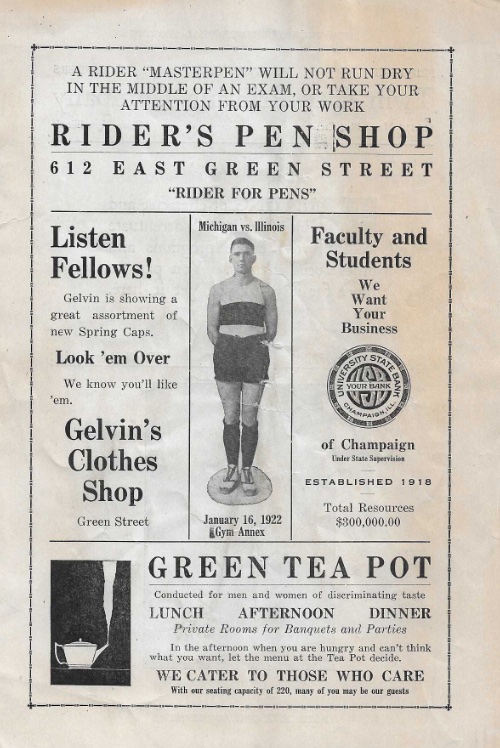 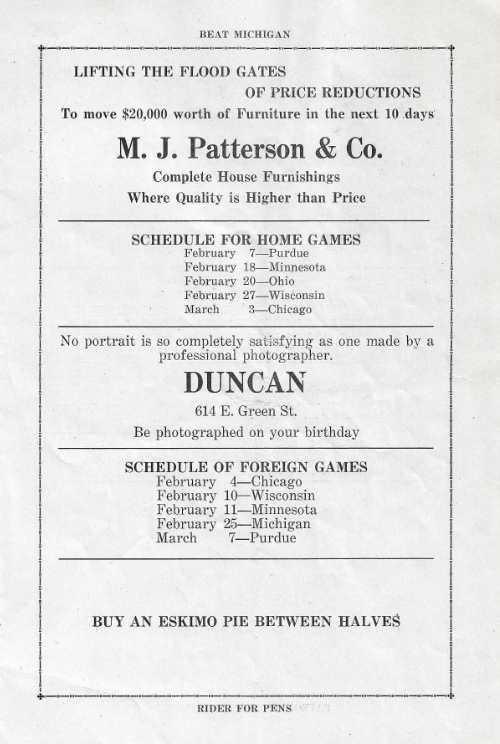 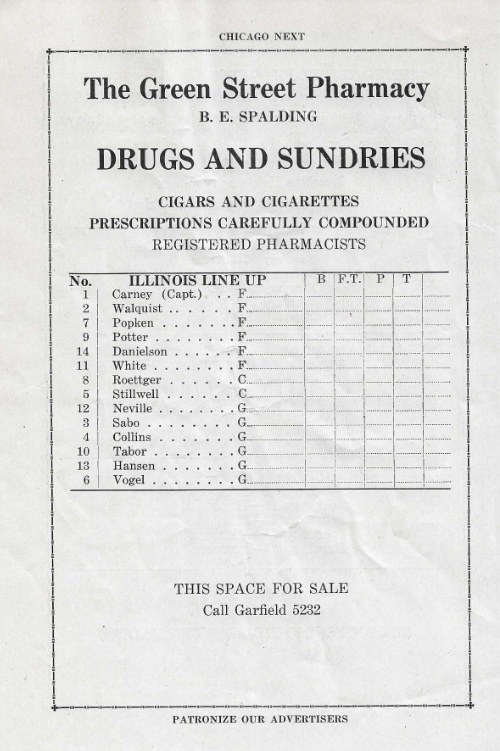 This program is closing in on being 100 years old.  Imagine what travel would have been like for Michigan to play the University of Illinois in 1922.  Compare the uniforms and shoes to what is worn today.

In 1927 Knox College played the University of Illinois.  One of the game officials was Fred Young who is a charter member of IBCA Hall of Fame as an official and media.  We encourage to read page two that has some of game rules and also suggestions where to park you vehicle. 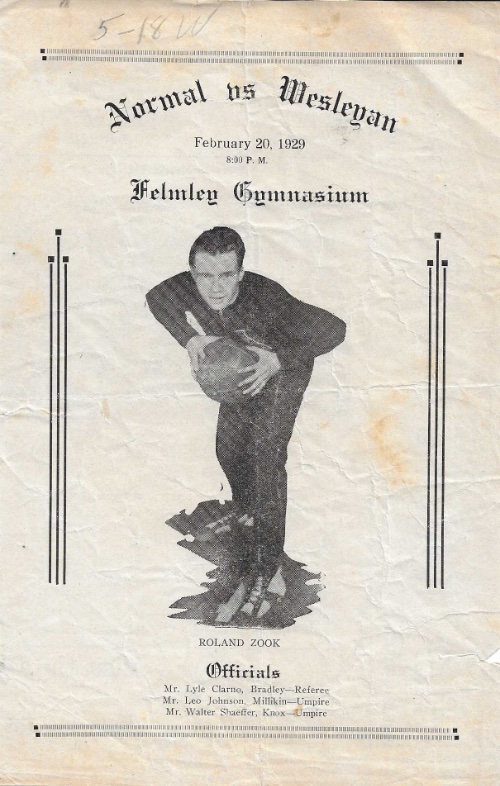 One of the great intrastate rivalries was between Illinois Wesleyan and Illinois State University.  Sadly this series came to an end around 1970.  This game program is from February, 20, 1929.  Note that there were three game officials.  Look at Illinois Wesleyan College Coach Wallie Roettger’s won lost record.  Impressive to say the least.

This is a Big Ten game program between Indiana and Illinois on January 8, 1929.  There are two items in this program we like you to note; the first is the “Illini Code of Sportsmanship” and the second is Coach Ruby for the University of Illinois.  We have one of Coach Ruby’s books (in mint condition) that he authored for the museum.
Coach Ruby, in 1931, was invited to speak at the Freeport High School Basketball Banquet.  The Freeport Coach was Adolph Rupp.  In their private conversation Coach Ruby told Adolph if he would apply for the Kentucky job he would give him a positive recommendation.  The rest is HISTORY!!! 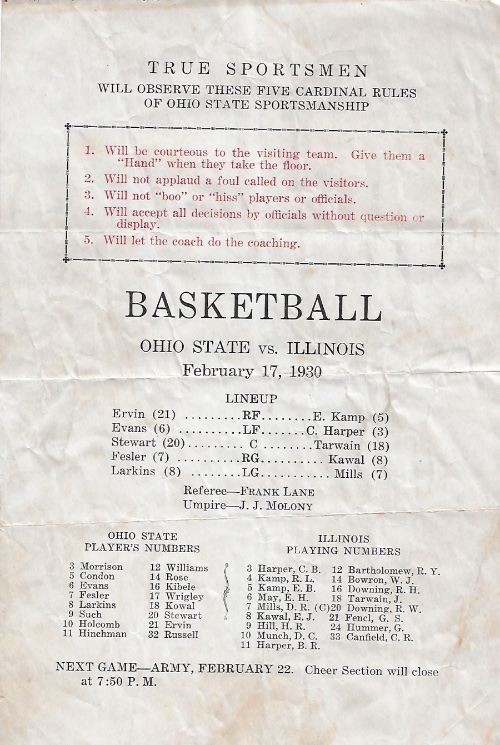 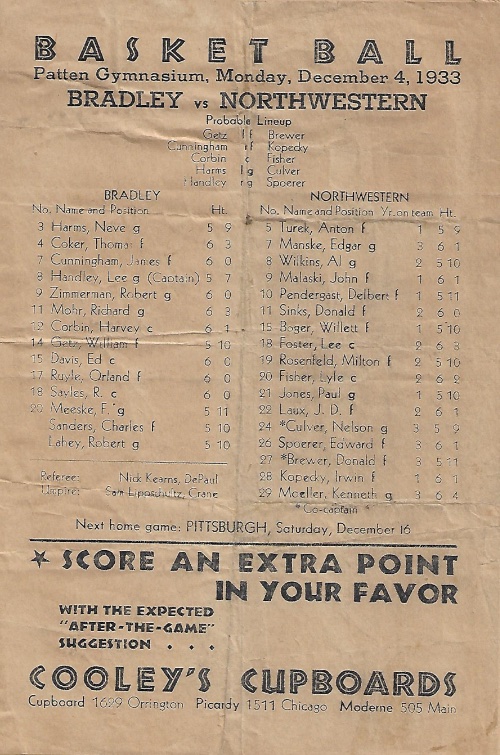