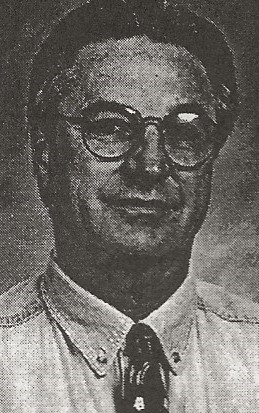 Tom Maple became the winningest coach in (Fox Lake) Grant High School history and at the time of his retirement was the winningest boys’ coach in Lake County. Maple spent 32 years at Grant, seven as an assistant, and 25 as a head coach with a 368-293 record. Since the 1975-76 season, Maple averaged 16 wins a season and compiled Lake County’s best winning percentage during that period.

He also played a major role in the life of Grant student-athletes. He worked hard to get his players into college and even those who didn’t play collegiately, studied at the next level. Most of Maple’s student-athletes went on to at least one year of post-high school studies. Maple’s colleagues felt  even more important than wins and losses in his career are the “wins” he compiled while dealing with student-athletes, coaches and parents.

It is important that Maple’s quality of helping young men learn an appreciation for the game, while also learning the meaning of teamwork, responsibility and commitment be remembered. Maple is a member of the Lake County High School and Grant halls of fame. Tom Maple passed away on April 28, 2018 at the age of 74.