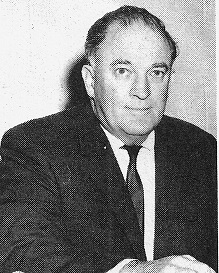 Biography: Frank McGrath was the basketball coach of junior and senior teams at Weber High School and DePaul Academy from 1937-1956.  During that time, his junior teams won 389 games against just 124 losses.  These teams collected 7 sectional, 1 league and 1 Chicago city title.  His senior teams won 364 games, lost just 130 while winning 5 sectional championships, 3 Catholic League championships, and one Chicago city title.  Combining his junior and senior records, Frank has a record of 753-254 which is a 75% winning percentage.  Frank McGrath passed away on December 23, 1985 at the age of 79.