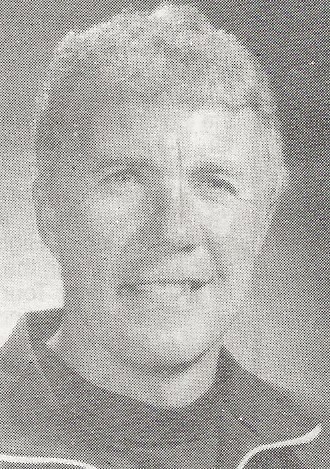 Biography: Marshall Stoner enjoyed an outstanding high school career as a player at tiny Henry Senachwine High School. He started his coaching career at Mount Carroll High School, winning 15 games. He moved to Iowa as a sophomore coach at Davenport High School and assisted Paul Eckert to a State Championship and a second-place state finish in three seasons. In 1960, Davenport split into West and Central and Stoner served two seasons as an assistant at West before serving five seasons as head coach. He moved to Willowbrook High School in 1967 where his teams gradually improved from a first-year record of 14-10 to, during his final three seasons, an overall 64-11 record including Des Plaines Valley Conference Championships each year. His Willowbrook record was 92-31. In 1972, he was named an assistant to Harv Schmidt at the University of Illinois and in 1974 he took the helm at Pekin High School, where he completed a 25-year career. In all but one season, his Pekin teams finished third or better. His career record was 307-193. Stoner, who was named to the IBCA as a player in 1986, has served as both an assistant and head coach to the IBCA All-Stars. He was active in the IBCA throughout his career.  Marshall is one of the rare people to be inducted into the IBCA Hall of Fame in two categories, entering as a player in 1986.