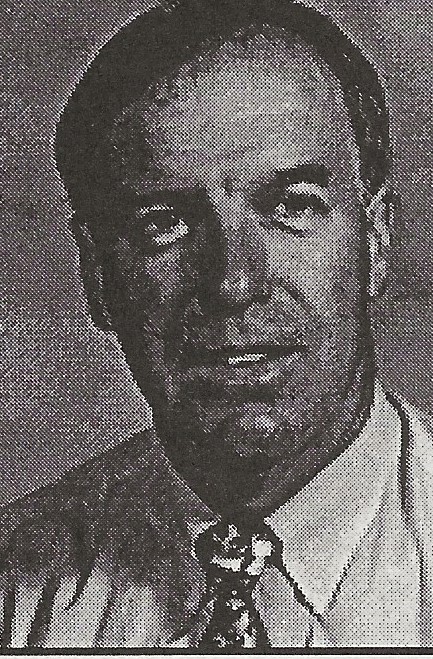 Dennis Trame has been a household name at (Breese) Mater Dei High School as an alumnus (Class of 1962), coach and athletic director. He retired in May 2001 after 35 years in the basketball program with the last 20 as varsity boys’ coach. He led the Knights to a 416-161 record with eight Mid-State Conference championships, five Breese Mater Dei Holiday Tournament titles and five Nashville Tournament titles.

Trame twice guided the Knights to perfect regular seasons that ended at 30-1 in 1983-84 and 29-1 in 1984-85. They also had eight other 20-win seasons. They won seven regionals and three sectionals under Trame. In 1996, they finished as IHSA Class A runner-up to Shelbyville High School with a 58-45 loss in the championship game. Four times Trame was accorded IBCA District 19 Coach of the Year honors.

Trame found plenty to keep busy with at Mater Dei, coaching track and cross country, baseball and golf and serving as athletic director. Trame’s 1993 golf team won the Class A state title and in 1996 he was named an Outstanding Class A Athletic Director.

Trame is a member of the Mater Dei Hall of Honor and the Quincy University Hall of Fame. The uniform No. 23 he wore at Mater Dei in baseball and basketball has been retired from all the school’s athletic programs.  The building housing the music room and two gyms was named the Dennis V. Trame Center.