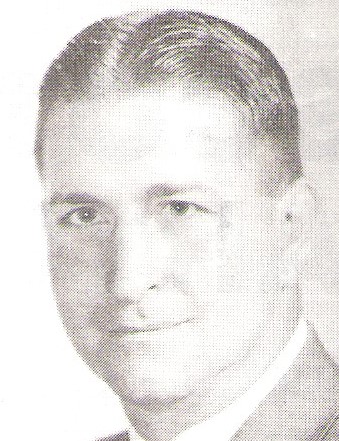 Biography: Harold was once described in a newspaper article about his career:  “Gaff was an original.  An enigma.  He could roar like a hungry lion one minute and be gentle as a lamb the next.  He could baffle a player and psych him at the same time.  He was a hard-nosed competitor and his teams were an extension of his philosophies.  They were winners.”  Harold didn’t start coaching until he was 35 years old.  He started with 7 years in the Barrington school system at different levels and in 1952 became the varsity coach.  Two seasons later, Gaffney had Barrington in the Sweet Sixteen at Champaign where his club defeated Litchfield High School 57-38 in the first round before dropping a 59-57 decision in overtime to Edwardsville High School in the IHSA quarter-finals.  After his 52-5 record in the 2 Barrington High School seasons, Harold spent 1 year at Vandalia High School before starting a 14 year career at (Peru) St. Bede Academy.  His Bruin teams went 259-172, claiming 2 IHSA Regional Championships under the IHSA one-class system.  Gaffney became a legend in the Illinois Valley area.  Many times a smaller St. Bede team competed and defeated bigger and better teams.  Harold Gaffney died on July 14, 1996 at the age of 79.