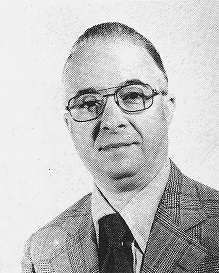 Biography:  Roger “Woody” Whittington served Roanoke-Benson High School as its chief timer for over 21 seasons. In 1974 he served as the assistant time for the IHSA Class A state tournament. In 1976 he served as official timer for the tournament. Whittington also served as the timer for the IBCA’s first All-Star basketball games in the summer of 1976 at Illinois State. An avid supporter of Roanoke-Benson athletics, Whittington also attended most University of Illinois football and basketball games. “Woody” was an employee of Caterpillar Tractor Co.  Roger Whittington died on July 11, 2000 at the age of 64.