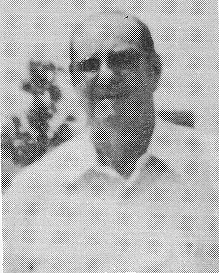 Biography: Elvin J. Rigdon became a walking encyclopedia of Pinckneyville High School basketball, he was a proud member of the US Army and served with dignity and bravery. He met his wife while playing on a base softball team as she was the score keeper.  After settling in the southern part of Illinois, he attended more than 1,200 Pinckneyville games, starting in the 1930’s. Additionally, he followed the teams to holiday tournaments for over 30 consecutive seasons. He traveled to Centralia, Edwardsville, Carbondale, and Eldorado. He watched all games in those tournaments, not just the ones involving Pinckneyville. Elvin watched state tournaments from the early days of Huff Gymnasium in Champaign. He also was quick to provide time and transportation to the players of the Pinckneyville program. Elvin passed away on March 30, 2014 at the age of 100.