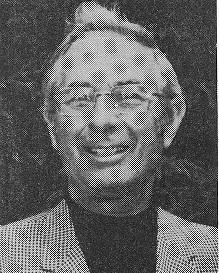 Biography:  George “Scoop” Slafkosky was a former Pennsylvania all state high school player. After attending Temple University, he was named to the Armed Forces all-star team during WWII before playing professionally with the Bethlehem Sokuls, Wilmington Bombers, and the Rockford All Stars. He coached at Kirkland-Hiawatha High School and Rockford’s old St. Thomas High School. As a teacher at Rockford East High School, George authored a book on the 1955 Rockford West State Championship team. A close friend of DePaul Coach Ray Meyer, George served as a basketball scout for the Blue Demons and was written up in basketball scouting stories in the Saturday Evening Post and the Chicago Tribune. For his efforts, George was honored as DePaul University’s Booster Club Man of the Year in 1969. In 1988, George was awarded the IBCA Buzzy O’Connor Award for Lifetime commitment to the game of basketball. George passed away on December 8, 1996 at the age of 80.