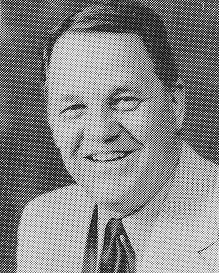 Dr. Robert C. Kirkwood was actively associated on a voluntary basis with Lawrenceville athletics for several decades.  Over the years, his roles increased as a physician and counselor.  While he tended to all athletic injuries, it was always basketball that was special to him.  “Doctor Bob” attended as many of the Indians’ practices as possible, traveled with the team (sometimes on the team bus), and attended coaching clinics.  His innovative ideas and care of acute injuries played important roles in the state championships of 1972 and 1974.  He aided the 1976 3rd place team as well. Dr. Kirkwood died on August 29, 2004.