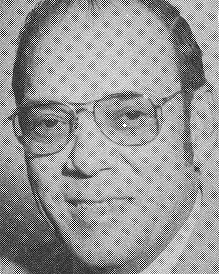 Biography:  Bob Lueder was a volunteer president of independent basketball leagues during the 1950s and was appointed in 1961 as recreation director for the Chicago Heights Park District, a position he held through his 1982 Hall of Fame induction. Lueder was instrumental in originating Little Guys basketball which evolved into an international organization. Lueder was responsible for many new lighted basketball courts in Chicago Heights. He started the first summer high school leagues in 1974 and expanded them to include adults with NCAA approval in 1979. His high school leagues now restructured to be more recreational and less competitive have produced players who have started at Bloom. In addition to his association with the Park District, Lueder, served on a part-time basis covering sports for the Chicago Heights Star for more than 30 years.