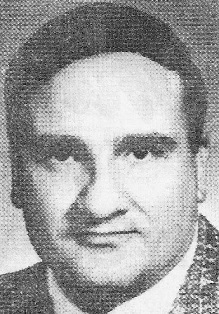 Biography:  Fino Menzietti simply loved basketball. Beginning in 1955, this Chicago Heights resident annually attended 150+ basketball games. For the 10 years leading to his 1984 HOF induction, Menzietti operated the summer basketball program for the Chicago Heights Park District, where junior high, high school, and adults participated. He is a former treasurer of Small Fry basketball in Chicago Heights. He is the co-founder of the City-Suburban All-Star game and was instrumental in helping with starting the Coaches’ North-South All-Star game. Menzietti is also co-founder of the City/Suburban-Indiana All-Star Game. When not running one of his leagues, Fino attended summer games at Malcom X College, Margate, St. Xavier, or Old Town. Menzietti coached boys, counseled and tutored them, sent them to basketball camps, arranged summer jobs, drove them to other towns for games, and often took athletes to visit colleges they might like to attend.