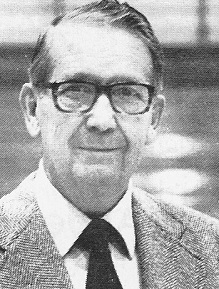 Biography:  John West, a graduate of Beason High School in the spring of 1935, started as a timer for Beason High School and Junior High School in the fall of 1935, positions that he held for over 40 years. West served as timer for all Lincoln High School freshman and Junior games from 1975-82. In 1983, he started as timer for Lincoln’s varsity. That’s 49 years running the clock for basketball games in Central Illinois. West served as assistant timer for the 1968 state tournament and head scorer in 1969 and for the first time, Class A State Tournament in 1972. John West died on March 2, 2006.