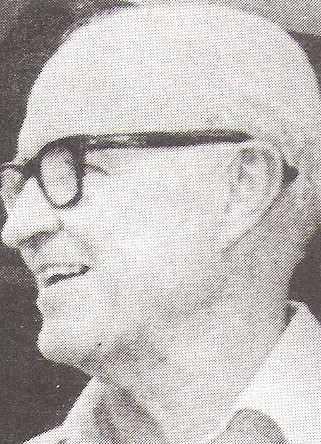 Biography:  Don Karnes was a second team all-American football player at Illinois following a high school career at Fairbury High School. Karnes played with the immortal Red Grange. He was a basketball starter at Illinois on the 1923-24 team. After graduation from Illinois, Karnes was named head coach in the three sports at Illinois State—Normal for the 1925 and 26 seasons. He also was the ISU head basketball coach from 1925-27. He found time to officiate and refereed the first Pontiac Holiday Tournament. Karnes was an active member of the Fairbury-Cropsey Booster Club. He was a tireless spectator, a regular supporter at Fairbury-Cropsey, Forrest-Strawn-Wing and Octavia. He also attended every Olympic Games since World II. Karnes was a member of the Bloomington-Normal Officials Hall of Fame and the Fairbury-Cropsey Hall of Fame.  Don passed away on April 23, 1982 at the age of 79.