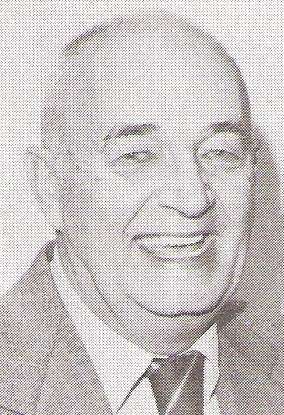 Biography: Donald L. “Bud” Herbig was a lifelong resident of Aurora, graduating from East Aurora High School in 1947.  Bud served in the US Air Force and spent 4 years assigned to the Korean Conflict.   For 30+ years, Herbig was a statistician at his prep alma mater.  Herbig served as a statistician for IHSA Regional, Sectional and Super-sectional games. He served as an IHSA Elite 8 girls’ basketball statistician. Herbig has been a member of the East Aurora Booster Club and has served as its president. In 1983, Herbig was awarded a certificate of achievement by the Upstate 8 Conference Athletic Directors. He also served as assistant timer and head timer for both the IHSA Class A and AA Girls Championship Basketball Series. In 1986, the East Aurora teachers named him to an Outstanding Citizen Award while he served as an elected member of the East Aurora School Board.  Dud Herbig died on December 17, 2007 at the age of 78.