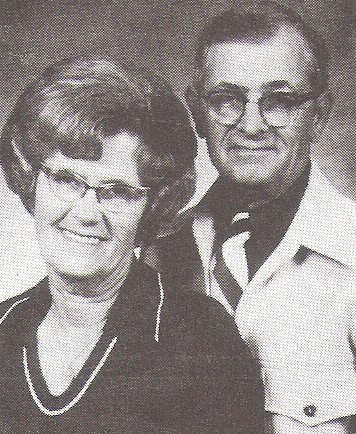 Biography:  The late Frank (1983) and Dortha (1979) Showalter established early loyalties to Elkhart and Athens High Schools. When they were married in 1940, their basketball career began in earnest. No matter the distance or weather, the Showalters were always on hand for Athens basketball games. On nights when Athens didn't play, the Showalters would seek out another area team. Dortha kept score for Athens during the 1960’s. When Elkhart and Mount Pulaski High Schools merged in 1974, the Showalters took in a couple of Hilltoppers games and fell in love. From that year on they literally lived Mount Pulaski basketball. In 1975, at a game in Decatur, Frank Showalter had a heart attack during a game, but waited until after its completion to inform his family and seek care.  In 1977, Frank was confined to the hospital after having several heart attacks in January, but at his insistence, Dortha and other family members never missed a game.