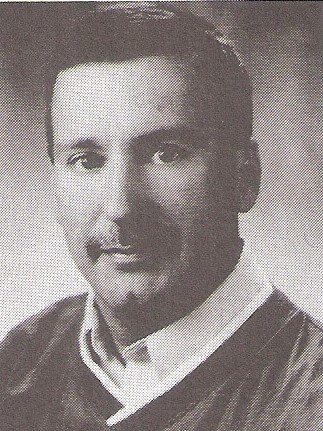 Biography:  John Kaylor began a dedicated career as the public address announcer for the Riverton High School basketball team in 1979. In his first year the Hawks placed fourth in the IHSA Class A state tournament. He also announced Riverton games in 1993, 1994, 1999 and 2000 and was the timekeeper for 39 years through 2019.  John served Riverton as part of ticket sales as well as the organizer of many basketball functions. He founded the Riverton Sports Boosters in 1988 and was the club’s president. He served as a member of the Riverton Board of Education.  For 29 years, Kaylor was the field announcer for Riverton football games and was involved with the athletic club for the youth of Riverton. He has been part of many girls athletic events at Riverton as “Voice of the Hawks.” He assisted at the Sangamon County Tournament and did public address for Lincoln Land Community College. In 2019 he received the “Friend of the County” award from the Sangamon County School Masters.