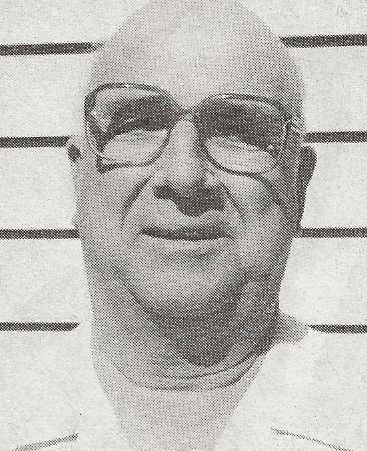 Biography:  John W. Bartley was born in Tilden, IL; which is in the deep southeastern part of the state.  He saw his first basketball game at the age of 10 in nearby Sparta.  Since there were no gyms in Tilden, John noticed that the grocery store where he worked part time had an empty upstairs.  He allowed his employer to keep half his salary so that he and other kids from town could play basketball there.  During the Great Depression, John was a member of the Civilian Conservation Corps and organized a league for Corps members in the area.  He watched Bradley University play in its old upstairs gym before Robertson Fieldhouse (no longer in existence) was built.  John followed the high schools where he lived and often drove players, cheerleaders and managers to away games.  He was active in booster clubs and parent clubs.  He would keep score, time or solicit funds to support the local teams.  He took players to the state tournament for 30+ years.  For several decades, John would see 4 games/week during the season.  John W. Bartley died on December 22, 1999 at the age of 84.