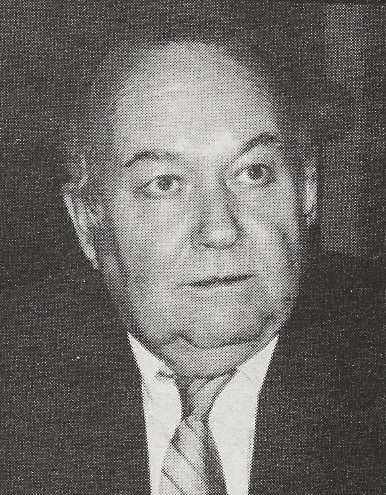 Biography:  Neither Virginia Grade School nor Virginia High School has needed to look for a timekeeper during basketball season for 40+ years.  That's how long Harry Devlin had held the job at the time of his induction.  He has also served as the football timekeeper beginning in 1952.  Harry served as the timer for the 1980 and 1981 IHSA Class A Boys' State Tournaments.  Harry is a retired school board member, having served for 30 years including time as the secretary and president.  All five of Harry's daughers were cheerleaders and his son played basketball and football for Virginia.  Devlin, who began his timekeeping role after his honorable discharge from the US Navy in 1946, had the joy of being on the bench while his grandchildren were competing for Virginia.  Harry Devlin died on October 8, 2000 at the age of 79.