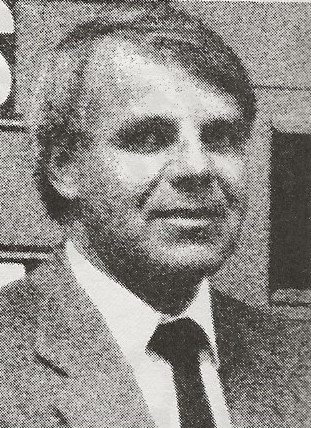 Biography:  The late Jan R. Nevinger succeeded his father Ralph, who started Nevco Scoreboard Company, in Greenville because of tainted work at the officials’ bench. Nevinger lettered in basketball, baseball and golf at Greenville High School and played on the basketball and golf teams at Washington University, where graduated in 1961. In 1972, Jan Nevinger replaced his father as Nevco president.  He first attended the IHSA basketball tournament at age 9 and continued for 45 consecutive years. He carried on with a Nevco hospitality suite that his father initiated at the old Inman Hotel in Champaign in 1934. Jan brought Nevco into the international marketplace before his death on Dec. 18, 1993. Under the guidance of his widow Mary Gayle, Nevco continued to support the young and old fans of Illinois. In the Peoria Civic Center Exhibit Hall, at the state finals, the company furnished the scoreboards for many activities that transpired during the Class A and AA weekends.  Jan Nevinger died on December 18, 1993 at the age of 54.