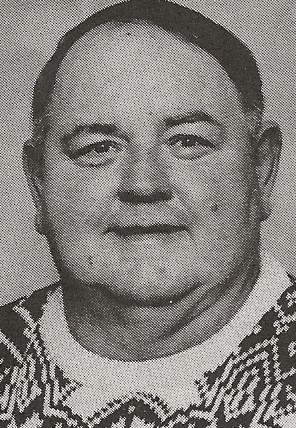 Biography:  In 1962, James Rombough agreed to run the clock for the sophomore and varsity basketball games as a sophomore at Kaneland High School. Little did he know he would still be the official timer more than 50 years later. In addition, “Rhombi” became the official timer for sophomore and varsity football games the next year and continued in that position for more than 50 years.  The DeKalb resident also was asked to time girls games in 1984 and missed only a few. Since Kaneland hosted many IHSA regionals, sectionals and supersectionals, “Rhombi” has handled those assignments. With all this time on his hands “Rhombi” is known to have found enough popcorn to eat at timeouts, halftime and between games. Rombough feels he has had the pleasure of witnessing quality athletes, but also quality coaching and officiating. He feels very fortunate to have represented Kaneland High School as official timer for all these years. Rombough was also inducted into the school’s Hall of Fame in the friend category in 2002.