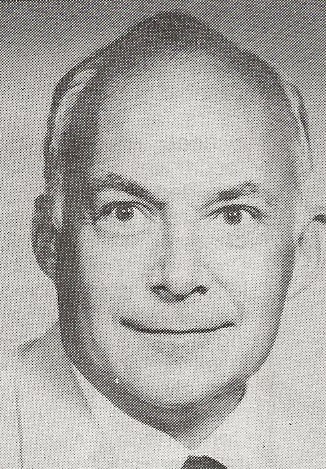 Biography: Bill Tucker moved to Taylorville when he was transferred by Commonwealth-Edison to timekeeper at its Kincaid Station in 1966. The Streator native became office supervisor in 1975 and has been with the company for more than 30 years. Active almost immediately in youth baseball programs, Tucker was encouraged to help at the scorer’s bench in 1969 by Taylorville Junior High Coach, Carl Blice. He soon aided the high school in the same capacity and for more than 20 years, he has kept score for Taylorville when it’s been on the road. Tucker has served Taylorville basketball, but also wrestling and football as scorekeeper, statistician, and trainer. At his own expense, Tucker has attended training clinics on the east coast as well as the Taylorville area. He transports Taylorville athletes to therapy at Mahomet and the University of Illinois. He has kept up with all advances in athletic injury treatment. His only reward has been the satisfaction he has received from aiding Taylorville young people. Tucker has been honored by the Junior Chamber of Commerce, the Illinois Parent and Teachers Association and in 1986, was named Taylorville’s “Outstanding Citizen” by the Association of Commerce and Industry. It is impossible to overestimate the contribution Bill Tucker has made to the athletic program at Taylorville High School and his community.