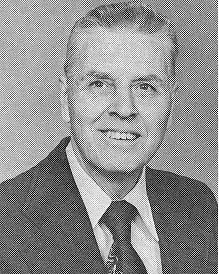 Biography:   Ken Peddy started as official scorekeeper for Batavia HS in 1949.  In the 25 years leading up to his 1974 HOF induction, he kept score for over 1250 games.  During that time as well, he did not miss an IHSA state championship game.  In 1962 Ken received the honor of being named assistant scorer for the last State Tournament in Huff Gym.  He was also the first official scorer in the new Assembly Hall in 1963.  Ken was highly respected in Batavia and across the state.  He worked as an employee of the US Postal Service.  Ken Peddy passed away on May 23, 1994.