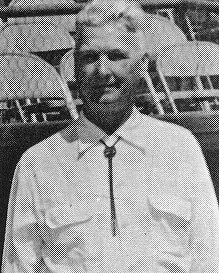 Biography:  Henry Van Arsdale Porter attended University HS in Normal and Illinois State University.  He served as the Assistant Executive Secretary of the IHSA under Mr. C.W. Whitten.  In 1940, Mr. Porter became the first full time Executive Secretary of the National Federation of High School Associations.  He held this position until 1958.  Mr. Porter also had a fine coaching career in several Illinois high schools prior to his work at the administrative level.  He is a member of the Naismith Hall of Fame and the Helms Athletic Hall of Fame in addition to his induction into the IBCA HOF in 1974.  H.V. Porter passed away on October 27, 1975.