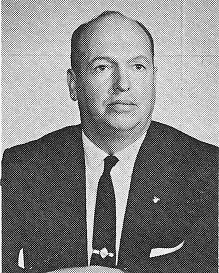 Biography:  Dale Smith was one of the most colorful sports figures in the northern part of the state.  He held many positions including coach at St. Charles, athletic director at (Aurora) Mooseheart High School, and secretary of the Little Seven Conference.  He was a great authority on prep sports and he had great interest and enthusiasm for publicizing high school sports.  Unfortunately, Dale died of a heart attack at the young age of 52 in January of 1973.  Dale was posthumously inducted into the IBCA Hall Of Fame in 1974.