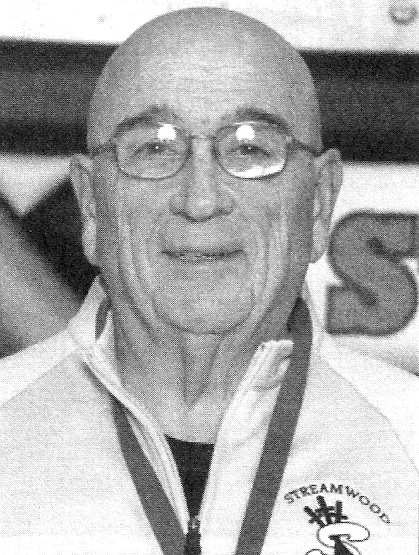 Biography:  By the time of his induction, Carl had been involved in basketball at Streamwood High School for 32 years.  He began by helping head coach George Rosner with the boys' varsity team at Saturday practice sessions and by coaching in summer leagues.  When Carl retired from his "real job" in 2001, he became a full-time assistant to Coach Rosner, who had taken over as the head coach of the Streamwood HS girls' varsity team.  Over this time Carl attended 32 consecutive IHSA girls' state tournaments.