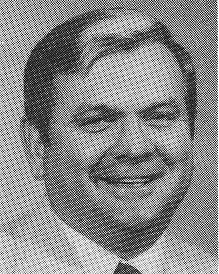 Biography:   Jim Barnhart was a sports writer at The Bloomington Daily Pantagraph beginning in 1952. He became the sports editor there in 1958. By the time of his 1977 Hall of Fame induction, he directed a staff that covered 60 basketball teams in a 12-county area. Jim served 2 terms as the president of the Illinois Associated Press Sports Editors Association. He won numerous awards for his column, “Second Guessing.” Twice he won awards for this column from the Associated Press and twice more from the United Press International. Jim was a native of Streator who attended Bradley University. He passed away on August 21, 2010 at the age of 85.