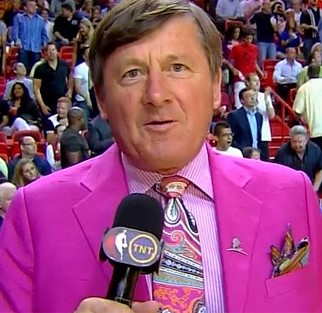 Biography:  A graduate of Batavia High School and Northwestern University, Craig became one of the most recognizable sports television personalities in the country.  A respected sports icon for several decades, Craig is remembered for his colorful sports jackets and precise sideline interviews.  He worked on NBA telecasts for TNT in a capacity that earned several Emmy Awards for him.  Early in his broadcasting career, Craig famously dodged security and was the first one to interview Hank Aaron after he hit the record-breaking 715th home run in 1974.  He was awarded the Jimmy V Perseverance Award posthumusly in 2016.  Craig passed away on December 15, 2016 at the age of 65.