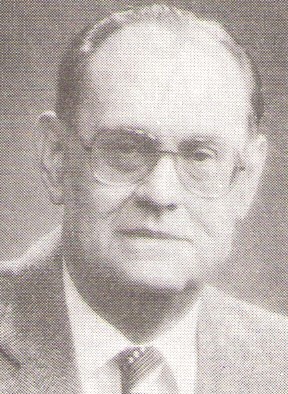 Biography:  Dan Schnoeker of WHCO in Sparta has proven that he could broadcast a 10:30am game in Edwardsville High School and still be courtside for a 1:00pm game at (Breese) Mater Dei High School.  In doing so, he found that there's a stop sign in the middle of tiny Marine, IL.  He showed that he could broadcast a 10:30am game at Carbondale High School and still make a 2:00pm game at Columbie High School.  Dan broadcast 2,500+ high school football and basketball games in the 22 years leading to his 1986 induction.  All games were broadcast over the airwaves of WHCO radio.  One of his career highlights was broadcasting the IHSA state finals where he was joined by 5 broadcasters that he had trained, all doing games for different stations.  Dan has been as far south as Meridian and Metropolis, southwest to St. Louis, northwest to Quincy, and as far east as Olney and Mt. Carmel.  During one 3-year stretch, Dan broadcast all 23 games of the Carbondale Holiday Tournament and the final 7 games of the Centralia Holiday Tournament (30 games in 4 days).  His first assgnment was as a color commentator in November of 1963.  His first play-by-play came in February of 1964 for a Steelville-Elverado game.  Dan died on April 2, 1994 at the age of 58.